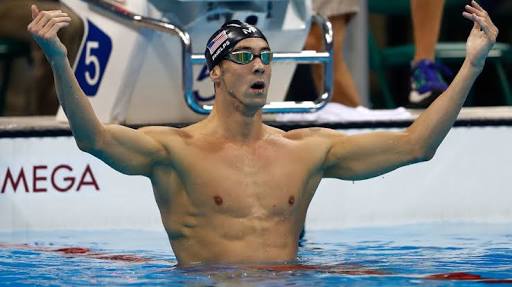 Life is’nt always good. It is’nt a bed of roses. Michael Phelps is the living example of it. American retired competitive swimmer and the most successful and most decorated Olympian of all time has seen low time too.

According to Phelps , after the drastic performance in the London games he spent 3 to 4 days in his bedroom, not aware of sleeping or eating. The stress was too much for him.
He realized what was happening so seeked help.
” Once I began opening up about my emotions with mental health care professionals, life became easy. I said to myself so many times, Why didn’t I do this 10 years ago? But, I wasn’t ready.”

Even after the struggles with mental health issues Michael slayed the Olympic games. His achievements are a proof.
Phelps has a total of 28 medals. Phelps also holds the all-time records for Olympic gold medals ,Olympic gold medals in individual events , and Olympic medals in individual events.
When he won eight gold medals at the 2008 Beijing Games, Phelps broke fellow American swimmer Mark Spitz’s 1972 record of seven first-place finishes at any single Olympic Games.
At the 2004 Summer Olympics in Athens, Phelps had already tied the record of eight medals of any color at a single Games by winning six gold and two bronze medals.
At the 2012 Summer Olympics in London, Phelps won four gold and two silver medals, and at the 2016 Summer Olympics in Rio de Janeiro, he won five gold medals and one silver.
This made him the most successful athlete of the Games for the fourth Olympics in a row.

In the end Michael stated that;

“I am extremely thankful that I did not take my life.”

Article Name
Michael Phelps admits having suicidal thoughts back in 2012.
Description
Life is'nt always good. It is'nt a bed of roses. Michael Phelps is the living example of it. American retired competitive swimmer and the most successful and most decorated Olympian of all time has seen low time too
Author
VS Staff
Publisher Name
ViralScholar
Publisher Logo

Continue Reading
You may also like...
Related Topics:#MichaelPhelps, #olympics