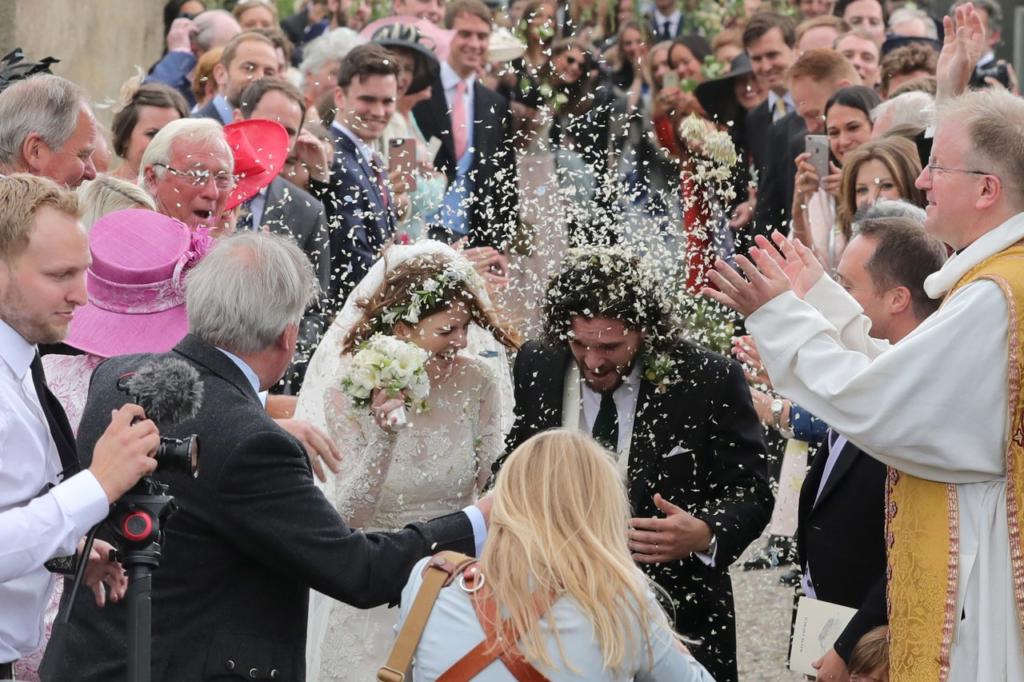 Yes you heard it right! KIT HARRINGTON AND ROSE LESLIE GOT MARRIED YESTERDAY! The photos are extremely adorable. They make such a beautiful couple.
GOT famed couple got married in Scotland. The venue was a castle owned by Leslie’s father. 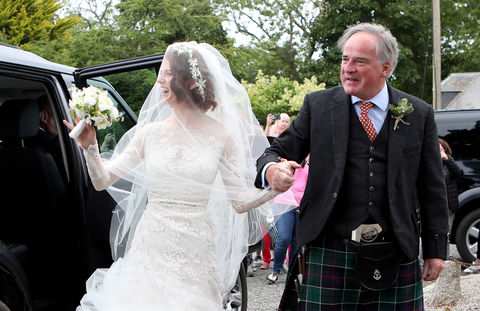 Furthermore, the ride in which the couple arrived at the venue was an old Defender. At the back of the ride was written “Just Married”. CUTE!
We’re still wondering if someone played “The Rains of Castamere” after the wedding ceremony.

Because… The Lannisters send their regards.
Well, this is a joke that only Game of thrones fans will be able to understand. 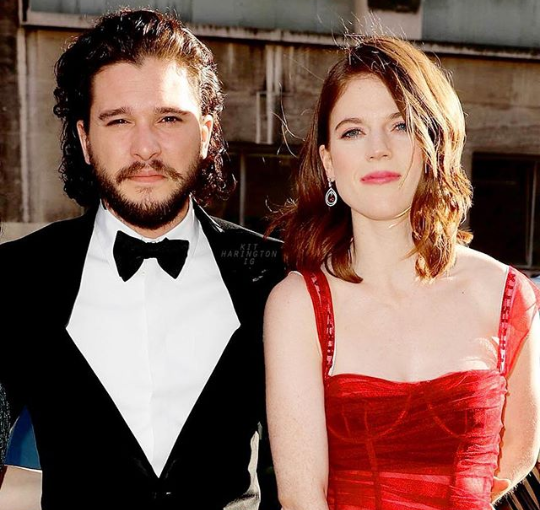 According to a close source of the couple:

“Kit’s known for ages he’s wanted to marry Rose, but he wanted them to get a house and settle down a bit first.

After moving in together in January he felt it was the right time to take the next step.”

Kit and Rose’s Game Of Thrones cast members made sure to show up at the ceremony. People are calling the wedding ceremony a game of thrones reunion before the final season’s premiere. 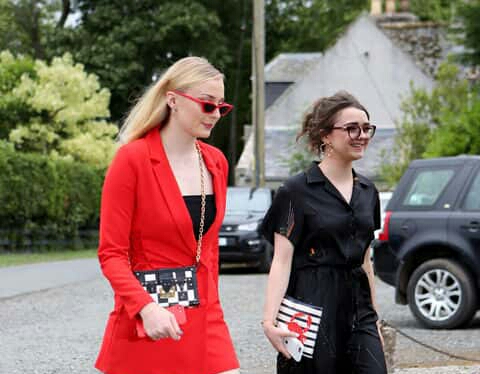 Sophie Turner and Maisie Williams arrived together to wish the happy couple a good one. Sophie and Maisie were wearing Red and Black dresses respectively. Some other guests include major cast members such as Emilia Clarke who slayed her Baby pink overcoat. Peter Dinklage in his suit, looked dapper as well. 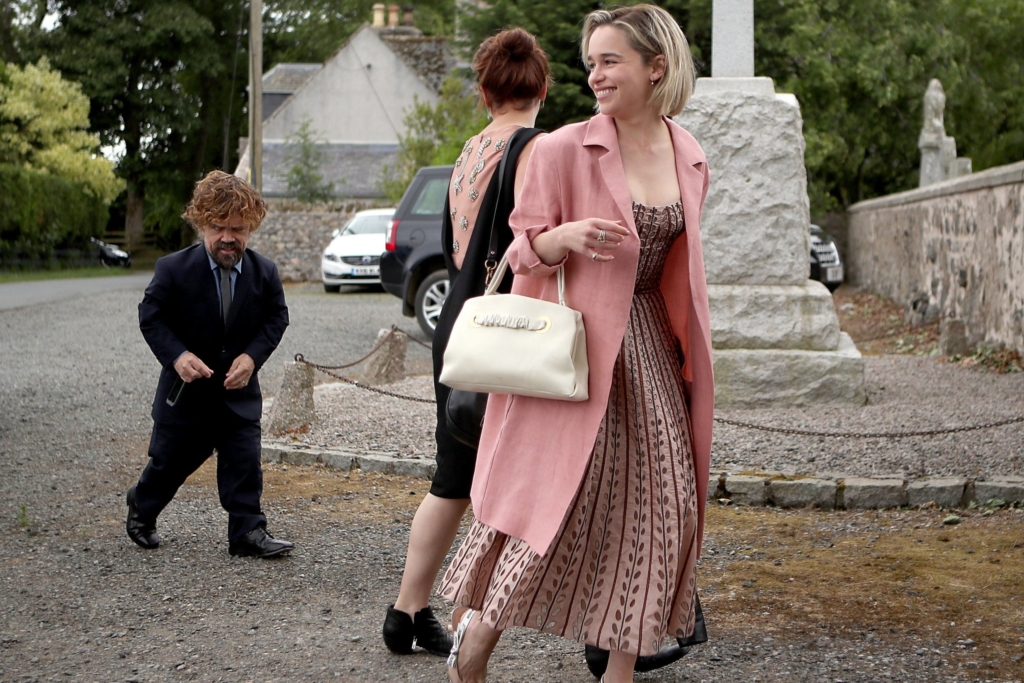 Fans are freaking out!

“Kit Harrington and Rose Leslie are getting married today. That’s a royal wedding that should be on TV.”

“Not ashamed to say I’m surfing the internet for photos of the Kit Harrington and Rose Leslie wedding and taking such delight in seeing the #GameOfThrones cast all happy and celebrating the wedding of Jon Snow and Ygritte , where no one dies.”

The couple met on sets of Game Of thrones back in the 2000s. Rose Leslie played the role of “Ygritte “ and Kit is famous for the role of “Jon Snow”.

Unfortunately, the couple was unable to be together in the series as Ygritte died. But guess what they reunited in real life!
To know more about them, check this out.