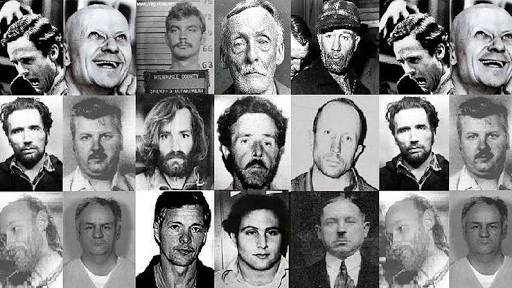 FYI A serial killer is typically a person who murders three or more people, usually for abnormal psychological gratification. The murders usually take place over more than a month and include a significant period of time between them.

We have mentioned some of the lesser known actions of notorious serial killers that will shock you to your core. Take a look;

Bundy is one of the most well known Serial killers in American history. He is well known for the killings of more than 30 women whom he tricked by acting injured.

Furthermore  what people dont know is that, he reportedly saved a three-year-old boy’s life in 1970. The little one wondered away from his parents and fell into Seattle’s Green Lake. Bundy quickly  rescued the drowning child.

Rodney used to trick young girls by acting as a playboy photographer. He used to bring them home to capture pictures and later murdered them. Investigation agencies have found about 1,000 photographs taken by Alcala.

Rodney appeared in a dating show in early 80s where a girl woul chose date from different guys.

The girl chose Rodney but luckily didnt go on a date with him afterwards. She was lucky, as at that time rodney was involved in the murderes of many women in that area . Later on investigations led to his arrest.

Whoosh! She was one lucky girl!

Before his arrest and discoveries of dead bodies under his house, Gacy wss known as a kind hearted social man.

Gacy used to dress uo as a clown to cheer up the sick kids at children hospital. What people didnt know was that the same Gacy was a notorious Rapist and Child killer. He used to trick young boys into his home, later on murdered them and buried them under his house. About 33 corpses have been found under his house.

Albert Fish the notorious cannibal and killer wasnt afraid of death during his final hours. Reportedly he helped the executioner position the electrodes on his body. It took two volts to kill him.

At the time of the attacks of the BTK killer, many families in the area were installing cameras in their house. The security agencies sent people to install theses cameras. But people were unfamiiar with the fact that the BTK killer himself was installing these cameras. His name was Dennis Rader who worked for these agencies.

Article Name
5 serial killer acts that'll boggle your mind.
Description
FYI A serial killer is typically a person who murders three or more people, usually for abnormal psychological gratification We have mentioned some of the lesser known actions of notorious serial killers that will shock you to your core. Take a look;
Author
VS Staff
Publisher Name
ViralScholar
Publisher Logo